Our Colorado move has been rather light on state park/national park/national forest campgrounds. We quickly discovered that the holiday weekend results in spike in usage and you have to be in extremely early to get a walk-up spot, and there may not be one since most spots are booked for the entire weekend. 75% our nights on this trip were spent in commercial campgrounds. This was not bad, just different. And truth be told, not entirely unwelcome. We had full hook-ups and were able to run the A/C, which made sleeping bearable with days in the mid-nineties and above.

Great Basin National Park was the jewel of our trip. Found on multiple hidden gem lists, the rangers said that the secret is getting out. This national park is just a representative piece of the Great Basin, which covers the majority of Nevada, half of Utah, and parts of eastern California, and south eastern Oregon. The region was named the Great Basin because it has no hydro-graphic connection to the ocean. Elevation greatly influences the flora, as temperature decreases and precipitation increases. These conditions result in forests composed primarily of piñon and juniper varietals with stands of limber pine, Great Basin bristlecone pine, cottonwoods, and quaking aspen interspersed. Similar to Chisos Basin in Big Bend National Park, fauna are rare species isolated after the last ice age. Great Basin is also a gold-tier international dark sky park.

The Great Basin region was inhabited by the Shoshone, Ute, Mono, and Northern Paiute tribes. Europeans first explored the region during the Spanish colonization during the 18th century.

Lehman Caves is part of Great Basin National Park and can be seen on a guided tour only. We went on the 60 minute Lodge Room Tour (allowed children under 5). While not as majestic as Carlsbad Caverns, it is an extremely intimate and educational tour. This cave has features actively forming, so one must be extremely cautious and not touch any of the formations. Also, they are very concerned with protecting their bats from White Nose Syndrome, so be aware that items worn in other caves that are unlikely to be washed, need to be sanitized. Review all the tour guidelines in advance to ensure that you don’t bring any contraband material with you.

Our campsite (number 26) at Wheeler Peak Campground was idyllic. Over a rise behind our campsite was a creek with a meadow nearby. Next to our campsite was another alpine meadow. We observed a deer grabbing its evening meal in the meadow by the creek. There were several trail heads available at the Wheeler Creek Campground 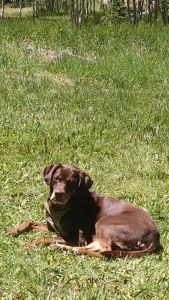 – Lehman Creek, Bristlecone, Glacier, Mountain View Nature (accessible), Alpine Lakes Loop trails. Other hikes are accessible at different points in the park. We were hiking the Bristlecone trail when Jess fell and lacerated her knee. This resulted in us breaking camp and driving to Delta, UT (100 miles!) to the nearest hospital with decent service. For more serious injuries, it is a Medivac flight to Salt Lake City ($40,000), so be aware that this is an isolated area. We did not finish our hike, but for more detailed information regarding the Bristlecone pines, check out this article and video from Atlas Obscura. And, the best part of all, there were rocks.

Overall: We really enjoyed this park. The scenery is picturesque and while it is becoming more popular, the usage is light. We look forward to going back and making Jess wear knee pads during hikes.

This site uses Akismet to reduce spam. Learn how your comment data is processed.